Skip to content
Turn your mane over to the experts Take Quiz
FREE SHIPPING On Orders $99+
EARN CONSCIOUS POINTS Learn more
I have fond memories, as a young girl, of my mother’s best friend, Joan, and how she always looked and smelled extremely glamorous. Joan would drive up to our house in her Mercedes sports car wearing an outfit orchestrated to a tee. She always wore the same scent, Poison Dior, popular and high-end in the 90s, which I came to think of as her signature scent. And I couldn’t wait to find my signature scent. You know, that amazing aroma that everyone would come to know me by.
Fast forward many years and signature scents later (I never quite found mine), I have come to learn the sad and dirty truth behind fragrance, aka “perfume” or “parfum”. Before I tell you what’s lurking behind those fancy words, it’s important to understand that fragrance isn’t just in perfume bottles. Fragrance ingredients are used in many conventional products, from clothing and household products to furniture and beauty products. Fragrance is used not only to create an appealing scent but also to cover up or counteract unappealing smells of nature or industrial, chemical processes. I say this so that you understand that we all encounter synthetic fragrances, not just those who wear a signature scent.

How and When Did Fragrance Ingredients Go Wrong?

Before the 1970s and 1980s, fragrances were largely made with natural ingredients like flowers and herbs. However, during the industrial revolution, these natural fragrance ingredients were largely replaced by a mix of industrial chemicals.
Why? Likely because companies realized that they could mimic natural scents with much cheaper alternatives, like synthetic perfume ingredients made in a lab. Because today’s conventional fragrances are created by mixing multiple synthetic ingredients, aka “fragrance compounds”, the word “fragrance” on an ingredient label is not one ingredient at all but can be made up of thousands of ingredients.
The International Fragrance Association (IFRA) lists 3,059 materials being used in fragrance compounds. But many on that long list of ingredients come with cause for concern. Here’s the scary part...of those ingredients, some have evidence linking them to health issues like cancer, reproductive toxicity, allergies, and sensitivities, according to the Campaign for Safe Cosmetics. How’s that for a signature scent cocktail of endocrine disruptors.

What Does “Fragrance” Mean in Ingredients?

If you’ve read any of our other blog posts, you are aware that government oversight of the cosmetics industry – which includes makeup, skincare, and haircare – is loose. The only real requirement that exists is that brands must list their ingredients on their product labels. That sounds great, if not for how difficult it is for most of us to decipher what the words on the product label mean.
At least we can all recognize the word “fragrance,” right? Not really, as the FDA defines “fragrance” as “a combination of chemicals that gives each perfume or cologne (including those used in other products) its distinct scent.” Translation...when it comes to ingredient labels, the word “fragrance” can be and is generally used to hide information, like thousands of chemical ingredients, from what is actually in that bottle.

The Wolf in Sheep’s Clothing

For decades, companies have used “fragrance”, “perfume” and “parfum” to sidestep around ingredient label requirements. But wait...why not require companies to list every ingredient used to make up their fragrances? Under the Fair Packaging and Labeling Act, companies have the right to withhold what their “fragrance” is made from as a trade secret.

The ingredient or mixture of ingredients acting as a masking agent, i.e., covering the undesirable off-odor of a product without adding a discernable odor to it, may be declared by their individual name(s) or as "fragrance" (in lieu of a better designation). A masking agent present in a product at an insignificant level may be considered an incidental ingredient under § 701.3(1)(2)(iii) in which case it need not be declared on the label. Federal Food, Drug, and Cosmetic Act of 1938, as amended

Even if you can’t specifically identify which synthetic ingredients are used to formulate the products you use, the “Not So Sexy Report” published in May 2010 by the Environmental Working Group (EWG) and the Campaign for Safe Cosmetics provides a list of commonly found toxic chemicals found in fragrance compounds. This list is not exhaustive, but here are some key chemicals:

what can you do?

Here’s what you can do to protect yourself, your loved ones, and future generations from unnecessary exposure to questionable synthetic ingredients in personal care products.
1. Choose Fragrance-Free Products
For a product to be fragrance-free, it must not contain any artificial/chemical fragrances. It should specifically say “fragrance-free” somewhere on the label and the words “fragrance,” "perfume," or "parfum" should not be listed anywhere in the ingredients. Sometimes laundry products will use the terms “free and clear” or “free of perfumes and dyes” instead of "fragrance-free," but this usually means the same thing.
Watch out for products labeled “unscented” – they are not always fragrance-free as they may contain an artificial masking fragrance designed to cover up the smells of other ingredients. Also watch out for products labeled "natural," "natural scent," "natural fragrance," or "non-toxic" - these products often still contain artificial fragrances since the use of these terms is not regulated. 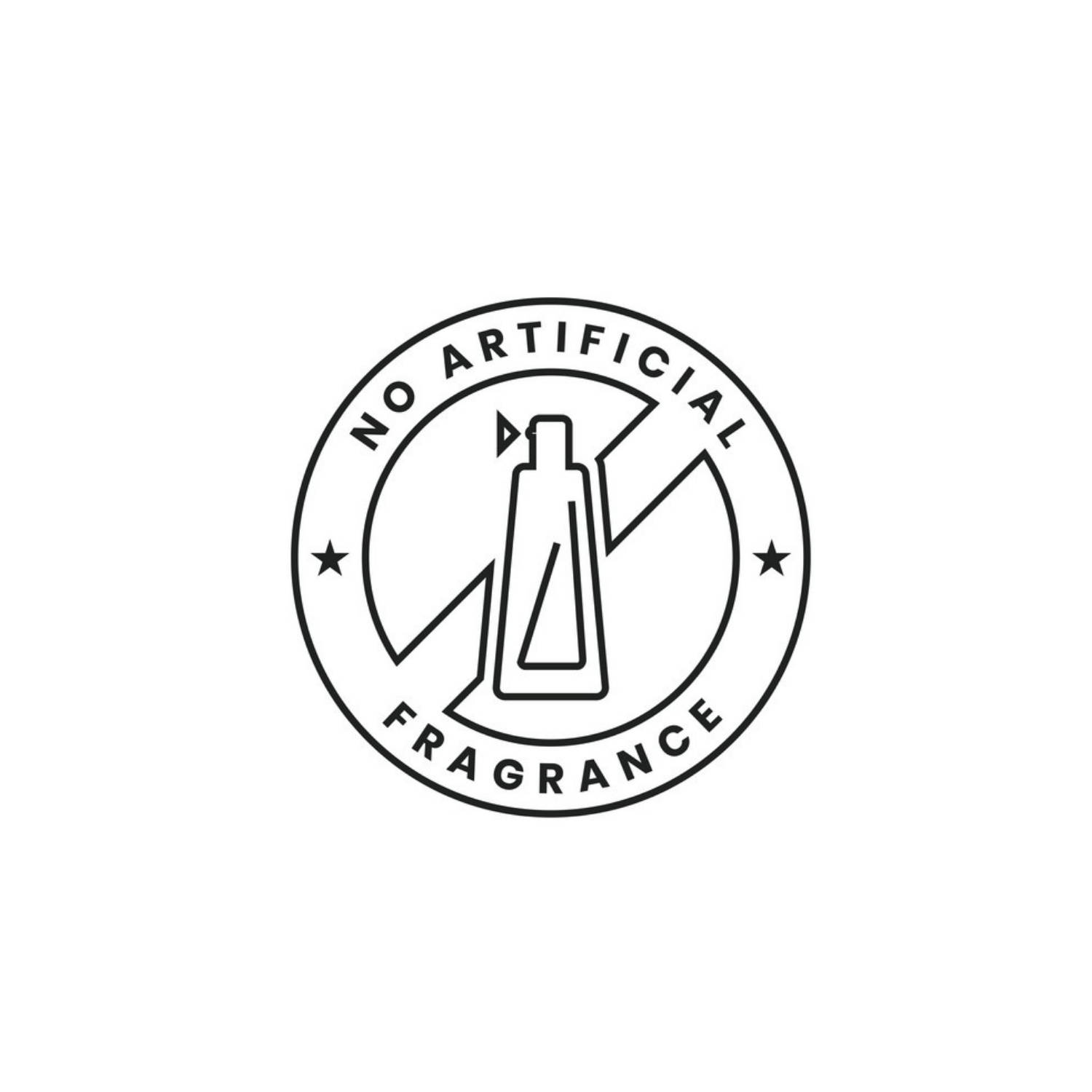 2. Always Smell a Product Before Purchasing
The loopholes of labeling make it difficult to be sure of what you are buying. However, if you practice smelling a variety of products, you will eventually be able to distinguish natural smells from chemical-based smells very quickly (e.g., if it smells like a bag of skittles, then…).
There are some products labeled "fragrance-free" or "free and clear" that still contain fragrances. Some products are technically fragrance-free yet still have a noticeable smell (from other chemical ingredients). When in doubt, stick to products with more natural ingredients. 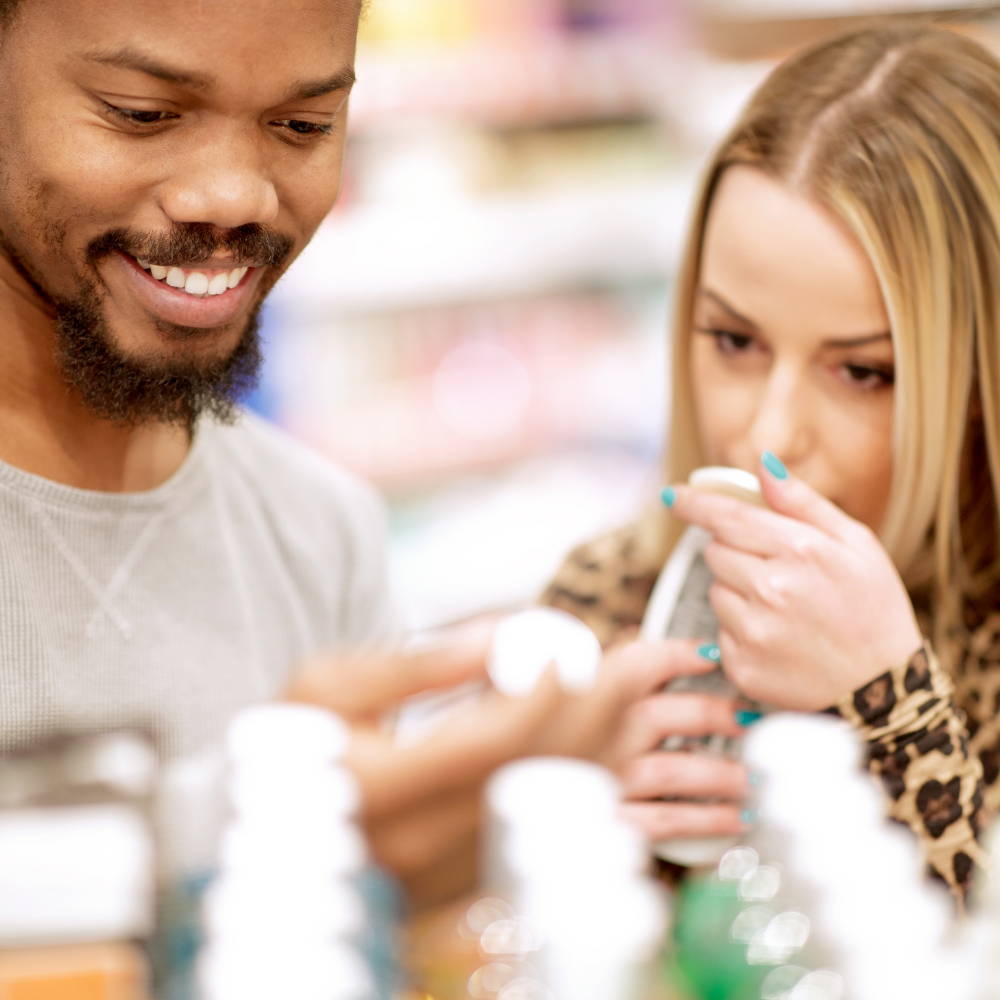 3. Help Pass Smarter, Health-Protective Laws
Buying fragrance-free products is a great start, but we can’t just shop our way out of this problem. For products free from synthetic fragrances to be widely available and affordable for everyone, we must pass laws that shift the entire industry to more natural ingredients and production methods. Ask Congress to give the FDA the authority and resources it needs to ensure the safety of cosmetics and ensure full disclosure of ingredients so consumers can make informed choices.
4. Demand That Cosmetic Companies Fully Disclose Ingredients and Support Companies That Fully Disclose Ingredients
You can find companies’ toll-free customer hotlines on product packages and online, and calling them only takes a moment. Companies need to hear from you, the customer. If they understand the risk of losing you, it forces them to consider reformulating as a priority. In the meantime, support companies that fully disclose ingredients like those at North Authentic. Our fragrance-free brands include Cult and King, Evolvh, Innersense, Reverie, Rare El’ements, Jack59).
5. Do Your Research
As stated before, cosmetics and personal care products are under-regulated in the U.S., so there are multiple ingredients beyond “fragrance” that you will want to avoid. There are many other synthetic ingredients in personal care products, cleaning products, foods, etc. To list all of them is beyond the scope of this article, but many detailed resources are available online.
It’s beneficial to thoroughly review the ingredients of everything you buy. If there are ingredients you’ve never heard of, take the time to look them up. Find out exactly how each ingredient is derived and processed and what, if any, the potential health risks are. You can find resources online, like the Environmental Working Group’s Cosmetics Database.

If a product does not disclose its ingredients on the label, don't buy it! There is always a reason for this, and generally it is because the product is not safe.

If you have doubts about any ingredient on a label, you can visit North Authentic’s Barred Ingredient List to find out if it may pose risks.

What is North Authentic Doing About it?

At North Authentic, we’ve included synthetic fragrance on our Barred Ingredient List starting in 2023. Three of our larger brands still use fragrance in some of their products. We understand that the reformulation of multiple products can take months if not years, so to support our brand partners we have given them space and time to reformulate. For instance, North Authentic will only begin carrying Oway’s hair care products in mid-2021 after their reformulation eliminating ingredients on our Barred Ingredient List.
Any products that still use fragrance starting January 2023 will be eliminated from North Authentic’s collection.
Many of our brands use essential oils and flowers to make up their natural scents and they smell amazing! Have you tried the Cult and King Balm? Luxurious day spa in a hair and body balm. For now, you can find fragrance-free products throughout North Authentic by using our “synthetic fragrance free” shopping filter 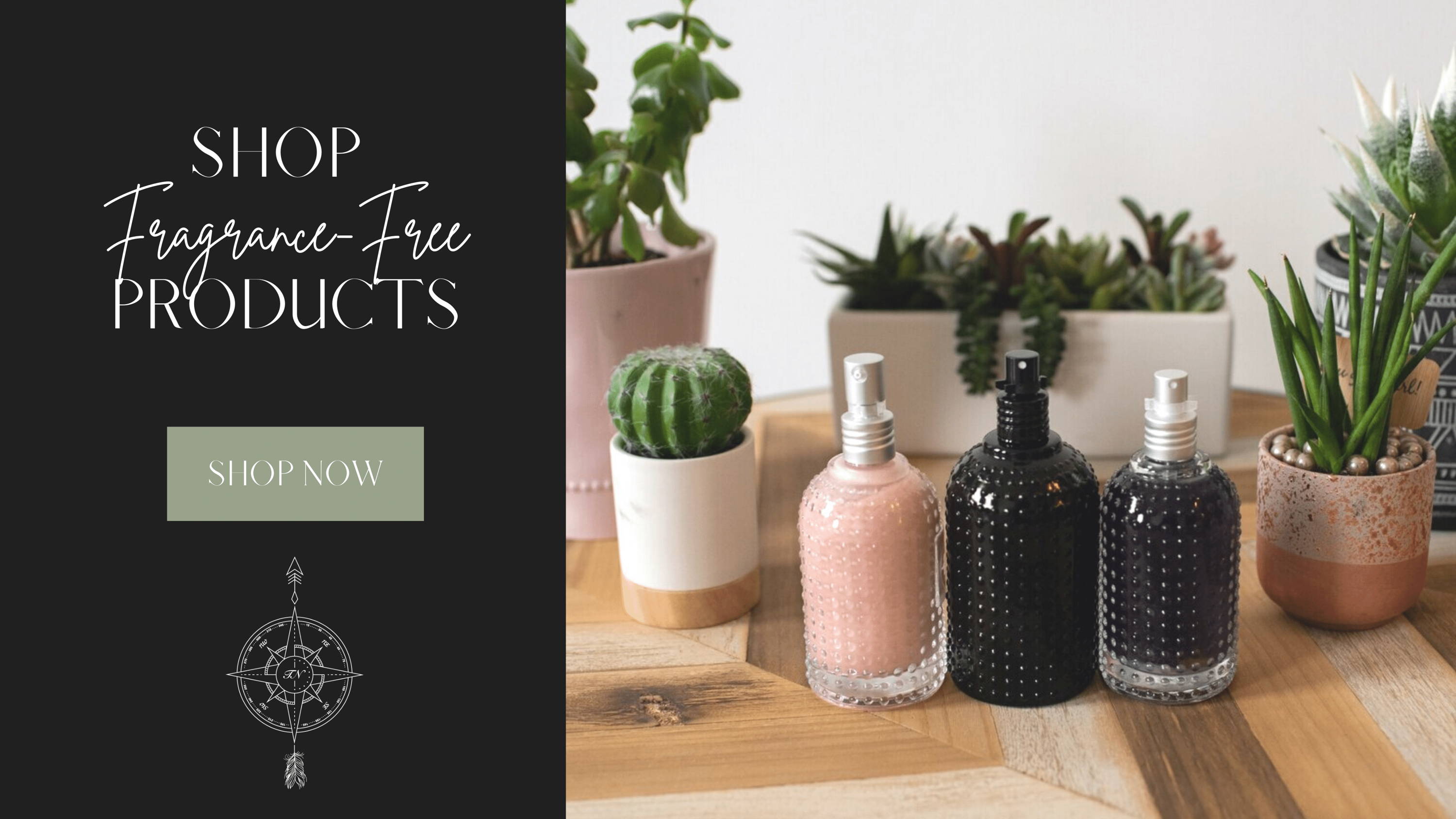 Sign up for our newsletter below to get hair care and clean beauty information right to your inbox.

Back to Updates + Blog
Access Denied
IMPORTANT! If you’re a store owner, please make sure you have Customer accounts enabled in your Store Admin, as you have customer based locks set up with EasyLockdown app. Enable Customer Accounts

Turn your mane over to the experts

With just one quick quiz, we give you a complete routine of killer clean products that’ll make you legit fall in love with your hair